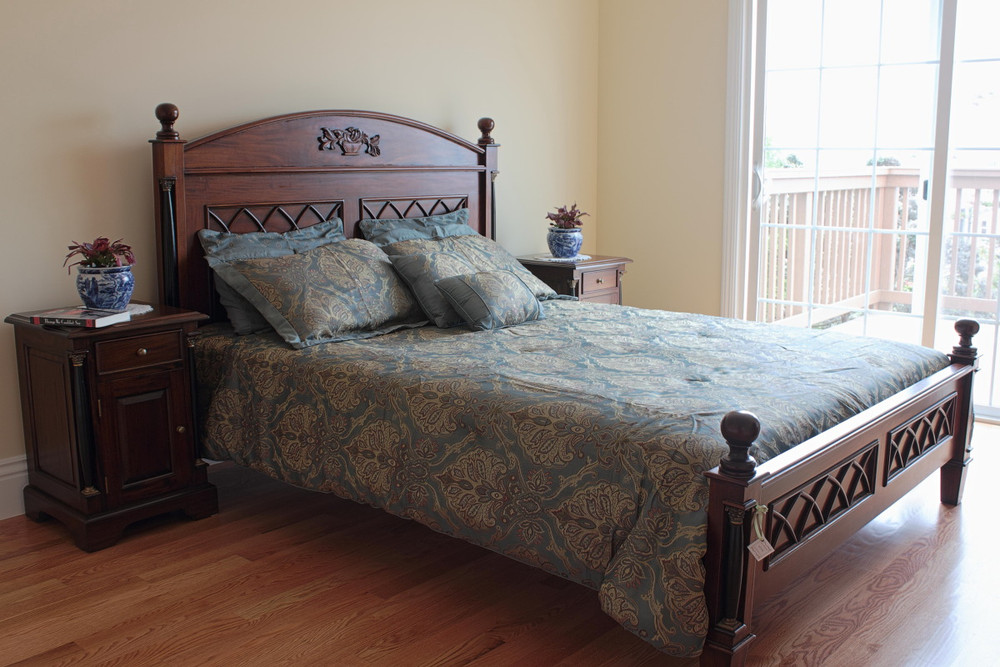 Rest easy in this beautiful hand carved mahogany Empire bed. The Empire style, which spread across Europe and even American during the 19th century, takes from many different styles of the ancient world, primarily Greece, Rome, and Egypt. Here you can see this bed features engaged Corinthian columns taken from the Romans which has then been ebonized and capped with brass mounts (a feature taken from the German Biedermeier style). There are also traces of Gothic influence found in the hand carved tracery along the headboard and footboard. Our Empire beds are available in: California King, Eastern King, Queen, Full/Double, and Twin/Single.

What Our Customers Also Bought