What Materials are Used to Make Chippendale Furniture? 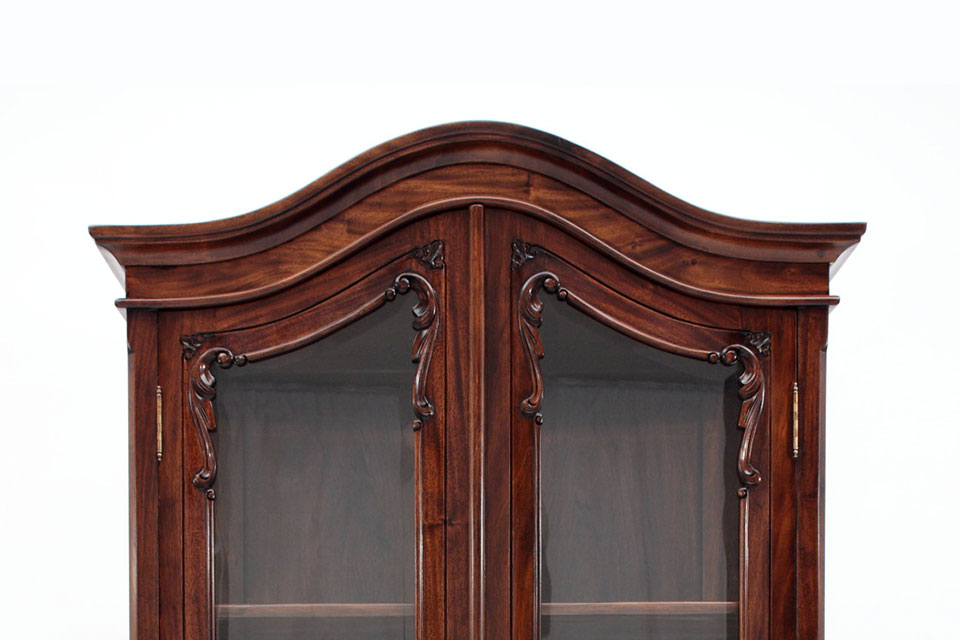 Probably one of the most distinguished British cabinetmakers of the 18th century, Thomas Chippendale launched a furniture style that is still one of the most sought-after antique furniture for collectors and admirers today. Echoes of Chippendale's unique styles remain even in more modern furniture. He was the mastermind behind a furniture style that was named after the artisan rather than the reigning monarch, which at that time was revolutionary.

It wasn’t simply Chippendale’s design ideas however that made the long-lasting mark. Thomas Chippendale insisted on choosing the best materials for his works.

This was a brilliant measure on his part, as the lasting qualities and beautiful workmanship of his genuine antiques are still in almost flawless shape to this very day. A well-loved Chippendale antique shows no trace of careless selection, nor any signs of hurried workmanship.

Even though Thomas Chippendale grew in such popularity that he could afford to hire artisans to create his designs, he insisted that every single detail was exacting to his specifications and high standards of quality as well as joinery. Chippendale took no shortcuts and would not allow any of his artisans to take any, making Chippendale furniture one of the antique pieces that have withstood the years remarkably well.

In his earliest creations, Thomas Chippendale was most likely carving his earliest pieces in walnut. Walnut was at that time, the most popular wood. But as Thomas matured and his experience and talent for design and carving and carpentry grew, he began searching for more suitable materials.

It was roughly around 1720 when a then-unknown wood called Mahogany began to make its appearance. It was a simple domestic article of that time, a candle box, that had been manufactured from this new wood. It was made by a cabinet maker named Wollaston for Dr. Gibbon, whose brother, a West Indian sea captain, had been the first to bring this timber over. It had originally been intended for the beams of a new house his brother was building, but the builders had deemed it unworkable and had discarded it. A small piece of that wood was put to more practical use, the candle box.

It was several years later, however, before cabinetmakers could be convinced to try this new wood where it was soon replacing walnut for its favor. Mahogany became the essential material that led to the golden age of British Furniture making in the 18th century, often called the “Age of Mahogany.” Thomas Chippendale began using the wood exclusively and continuously since then for almost all of his designs. At the height of Chippendale’s fame, almost all Mahogany was obtained from Central America, the West Indian Islands, and Mexico.

Swietenia mahogany, commonly known as American Mahogany, Cuban Mahogany, small-leafed Mahogany is all a species of Swietenia native to South Florida, the Caribbean including the Bahamas, Cuba, Barbados, Jamaica, Dominican Republic, and Haiti. It is the species from which the original mahogany wood was produced. For conservation efforts, the trade in this kind of Mahogany is restricted.

Swietenia macrophylla, also commonly known as Honduran Mahogany, Honduras Mahogany, big-leaf Mahogany or West Indian Mahogany is also native to South America and Mexico, but naturalized in the Philippines, Singapore, and Hawaii, now cultivated in plantations and windbreaks elsewhere. Plantation Mahogany ethically sourced as well as grown is not restricted in trade and genuine.

Following in the footsteps of Thomas Chippendale, the classic cabinetmakers and carpenters preferred Mahogany for very good reason. Mahogany wood simply proved itself superior in nearly every area that matters to a woodworker.

All of these reasons are what lead us to Laurel Crown Furniture in choosing to create all of our stunning, heirloom-quality furniture out of genuine Honduran Mahogany. It is a timber worthy of the Masters of Cabinet making and worthy of our customers who admire the ageless, breathtaking elegance of wood furniture replicated and influenced by the golden era of antiques.