The Unique History of Tea Tables 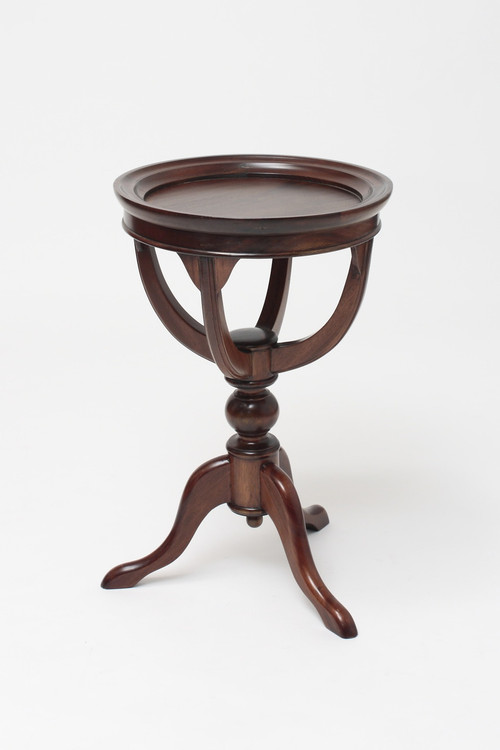 The history of tea tables begins with the history of tea. Between 1600 and 1760 the consumption of tea in Britain made tea become one of the world's most popular drinks.

The first officially noted import of tea, a modest two ounces of black tea, was presented in the court of King Charles II, in 1600, despite evidence that tea arrived in England a few years earlier. Over the next century saw the greatest growth of British tea consumption. In the decade of 1671-80 the East India Company imported 538lbs per annum and by the decade of 1751 had imported almost seven thousand times as much.

Two key factors helped bring tea to the immense popularity it had during that era. Three successive Queens of England encouraged the drinking of tea: Catherine of Braganza, Mary, and Anne. As they were leaders of fashion at the time, the drink became popularized more broadly throughout society, beginning within the elite, and then more broadly across society.

The second key factor was the importance of the tea table which, through its domestic setting in private homes, assisted in making tea and the tea table an almost permanent addition to any home, even in modern times.

Having a tea table during the 16th and 17th centuries was a sign of exceptional taste as well as beauty. A fine piece of furniture, such as a tea table, was often the focal point for the entire social gathering around the tea itself. And of course, it was also the perfect presentation of fine china and sparkling silverware.

Afternoon tea became a part of normal life. Added to the spectacle of fine china were small sandwiches, pastries, and finger foods along with the tea. "Taking tea," was no longer for the aristocratic or royalty. Friends and family in all social classes would reacquaint with one another, share each other's company, and gossip or read around the tea table.

Rectangular shapes were the norm for a tea table up until 1720. After 1720, a new type of table was introduced, rounded with tilting tops. Tilt-top tea tables were even more space-friendly, as the tea tables were moved to the edges of the room or the side when not in use. The rounded tilt-tops came with a hinged top that could be dropped vertically when not in use.

In the 1740s, the pastime of taking tea became popular with American Colonists as well and the tea table became part of American tradition. The American colonies were quick to adapt the designs and inspiration of the London cabinetmakers while adding their unique styles. Families and guests gathered around the table as it became a more prominent position in a parlor of a home.

One of the earliest forms made in colonial America featured gracefully curved cabriole legs, sometimes called, "horse bone feet," delicately contrasting a rectangular top with raised rims to keep expensive china from slipping off the table and breaking. Other popular styles were also carried over from Britain, such as the beloved Chippendale influence and Queen Anne styles.

After the Revolution, however, tea tables all but disappeared as tea prices declined, and tea was anti-American at that time in history.

As the interest in our history and the old-world charm of exceptionally hand-made furniture returned, the art and history behind tea tables have been recaptured in beautifully restored antiques or reproductions of historic antiques. These simply gorgeous tables, while perhaps not simply for the showcase of fine china anymore, still bring a certain elegance and romanticism to any modern home, where they can be decorated to match the look of any room.