The History of Sofas Through the Years 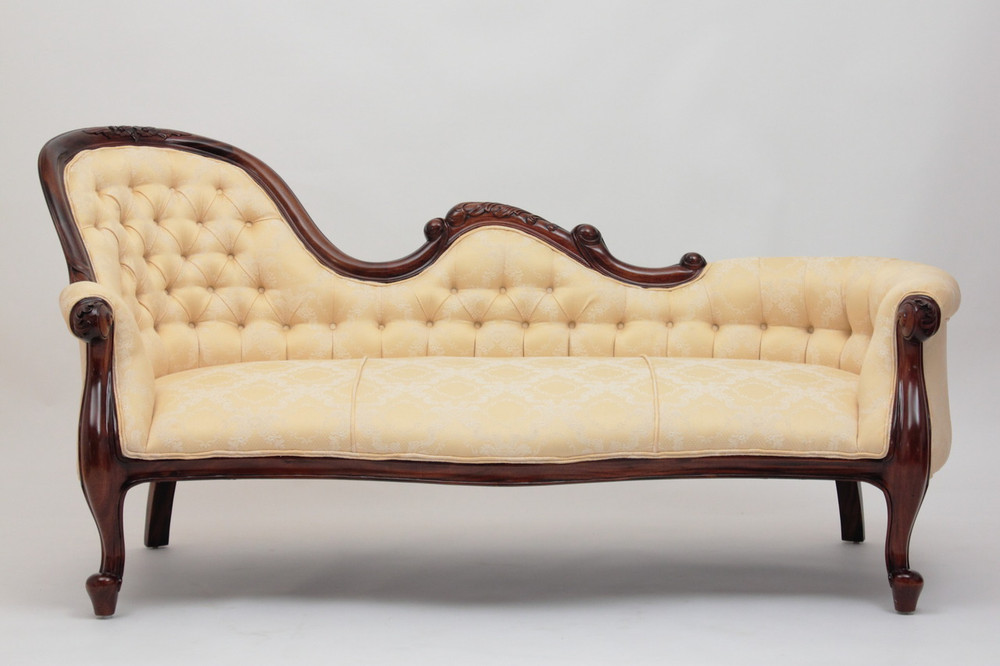 The sofa has long been part of a traditional set of furniture for homeowners around the world. It is one of the key pieces that bring an entire living room together, more so than any other piece. It is furniture that is connected to both comfort and the ideals of what is considered home. The sofa, or couch, is more than a simple addition to a living room, however. It is a unique symbol and piece of furniture that reflects cultural changes throughout history.

Do you know where the sofa came from? Who created this magnificent and relaxing piece we often take for granted?

Historically, one of the first upholstered couches was discovered to date back to the 18th Dynasty of ancient Egypt, as Pharaoh’s were buried in their tombs with the goods that would make their journey in the afterlife as comfortable as possible for them. Of course, these royal-like pieces of furniture were reserved for the few who could afford both the wood and the fabric.

The roots of the word sofa are estimated to begin from the ancient Arabic word, ‘suffah,’ translated as having a partial meaning of a ‘long bench.’

In ancient Rome, elegant and ornate looking loungers and sofas became a part of the nobility’s life and an accepted piece of furniture for affluent households. Yet, before the 17th century, the selection and kinds of furniture that could be found in homes around the globe were sparse, and many of the furnishings we enjoy today had not yet been invented. But until the re-imagining of the settee, couch, loungers, davenports, chesterfields, or the sofa, seating in homes for the average person was either sparse and without cushioning or fabrics.

The sofa as we know them today were slower to develop. Before the 17th century, furniture in this era is often referred to today as the Oak Period, because homes that could not afford the luxury of furniture had little but a wooden bed. The nobility and richer households of the time, however, could afford cutting, harvesting, and having the Oak wood carved into long seating benches. These long benches were resilient, did not warp, and became known as settles.

During the years of Oak wood settles, they were ornately carved and were often like the Gothic-style church pews with paneling that gave them a regality. Some settles were built for unique uses, for example, high-backed settles were used for blocking doorways and keeping out drafts while occasionally featuring a shelf along the back to hold a candle that could be lit at night.

Between the years 1670 to 1730, a burst of creativity and availability of wealth allowed for many of the furniture we now see in modern Western homes today, invented during this time. Some of the designs, such as the armchair, had pre-existed in the antiquity of Eastern cultures but were brought to European families by craftsmen inspired by these cultures.

When construction of housing improved, where the rain, dampness, and cold were not so frequent and roofing techniques made them warmer, it began to become fashionable to take fabrics off the wall and drape them over furniture.

The modern sofa’s history began when Germany began using horsehair for padding seats, mattresses, and sofas, while the United Kingdom used dry sea moss, and Italian designers realized the need for both backrests and arms on seating during the Renaissance period. Horsehair and other padding evolved into down, and so it was that the sofa was solidified as a much more comfortable and essential extension of many homes. Experiments in differing stuffing, fabrics, sewing techniques, and even the use of buttons could evaluate these earlier sofas into a luxurious appearance.

The Sofa Through the Years

1660-1730 – This was known as The Walnut Period and a time when furniture crafting flourished, especially in 17th century France where the extravagance of the Baroque and Regence of Louis XIII became prominent. Double chairs were made with new padding features on the seat and the arms.

17th Century – The day bed had become one of the most popular sofas of this period within the United Kingdom. In France, during the revolution of 1789, furniture and pieces of comfort began to disappear as many of the country’s people rebelled against the wealth and excess of the rich and the nobility, destroying many furniture pieces.

18th Century – The idea of a sofa began to accelerate around the world thanks to a cabinetry designer and artist born in Yorkshire. The decorative and creative furniture he featured created from his workshop in St Martin’s Lane, London, began circulating sofas that were built from exceedingly reliable wooden frames, stuffed with the finest materials available and used the best upholstery of that time. The settee, or sofa, thanks to Thomas Chippendale was appearing around the world.

19th Century – With the industrial revolution well underway in the United Kingdom, developments occurred across all areas of upholstery, introducing more modern techniques. Coil springs were invented and being used as an alternative to stuffing, furniture could be made faster and was now accessible to everyone. The Neoclassic furniture style was widely popular, as was the Federal Style, Empire Style, and Revivalism style with neo-Gothic designs.

After the 19th century, the sofa became part of our daily lives through many iterations of style influenced through the decades, yet its function remained the same: a place of comfort, relaxation, and beauty all at once. Today, reproduction antiques and furniture are now becoming more and more beloved in homes across the world thanks to the unique techniques made by the masters that have lasted through centuries.

More and more homeowners are reverting to furniture made by hand, as the mass-produced décor found on the market today can no longer compare to the unique beauty that is a sofa made with the same technique of master craftsmen so many years ago.

If you are interested in acquiring a timeless sofa and heirloom quality, we encourage you to look at Laurel Crown’s historic selection of ageless and exquisite furniture today.