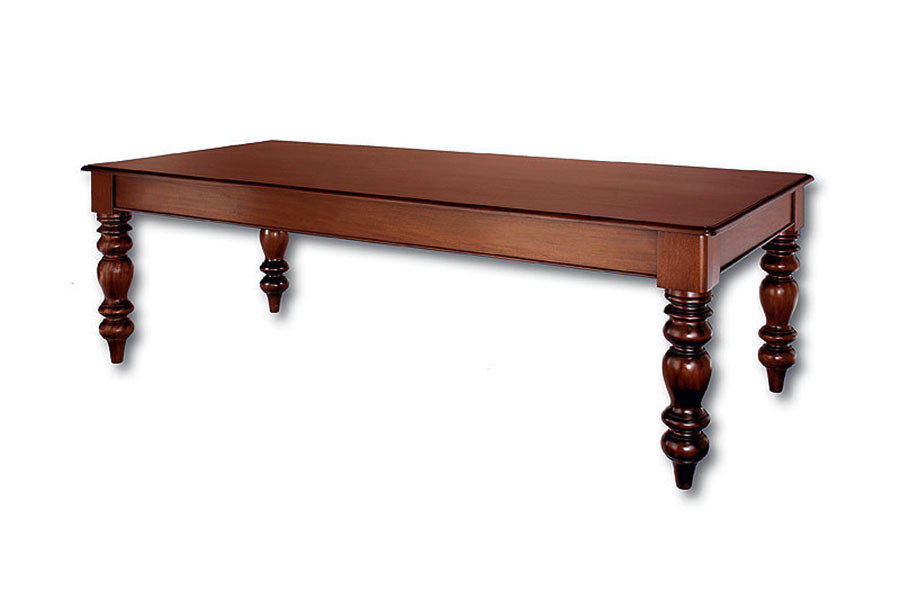 The mortise and tenons are most likely one of the most used, most popular woodworking joints more than any other around the world. It may be the most basic of all joints, but it has proven over centuries to be one of the most durable and strongest means of building a wooden structure that will last for years.

When it comes to the longevity of our furniture, we often talk about how to care for it. Where to place the furniture, what sort of climate best promotes keeping your wooden furniture intact, and looking beautiful for years to come generally are where we focus our attention. We also discuss how to keep it dust-free, what best polishes to use, and how we can incorporate it into our lives. But what we do not speak on often enough is the foundations of said furniture.

You can put in the effort of painstaking care for a favorite piece of furniture, but if the foundation it has been built with is not solid, then everything is in jeopardy. Once the joints of a piece of furniture go, any strength in the piece will go with it. Joint work may not be the most beautiful part of your antique or antique reproduction, but without a solidly constructed joint, your furniture will not last.

What is Mortise and Tenon?

The oldest, strongest joint in woodworking and the most revolutionary for cabinetmakers and woodworkers is the mortise and tenon. Used for millennia, it is still considered in modern woodwork to be the most appropriate means of joining two pieces of wood together, crossways, or 90 degrees. It may not look as refined as the dovetail joint, yet today the mortise and tenon joint can be used by all woodworkers of all skill levels to build furniture and projects, which makes it also one of the most accessible joints.

It is as simple as inserting one end of a piece of wood into a hole that has been carved into another piece of wood. The smaller end of the wood is called the tenon, and the carved area it is inserted inside is referred to as the mortise. Glue is used to fully secure it, or variations of glue, pins, and wedges to lock it further.

To be able to carve a precise and well-fitted mortise and tenon by hand, however, as they did several centuries ago, takes far more skill and aptitude than a beginner to woodworking usually has. Today, routers with bits are available. To make it by hand as they did in the past and they do today is a daunting task to anyone considered a novice. Proper layout is as crucial as the cutting and shaping to follow, as a perfectly shaped tenon that is, unfortunately, the wrong size or shape could end with disastrous results.

The History of Mortise and Tenon

Two major historical finds from the past have given us a clearer look into just how ancient and strong the mortise and tenon joint is. Originally, scientists believed that the very first discovery of this ancient woodworking technique to be evident in a relic from ancient Egypt called the Khufu ship.

The ship was one of two discovered by Kamel el-Mallakh in 1954, completely undisturbed since they had been sealed into a carved pit out of Giza bedrock. Estimated to be buried at the foot of the Great Pyramid around 2500 B.C. Lebanon cedar planting was the overall wood used to create the "shell-first," building technique for the ship. It used unpegged tenons of a deciduous shrub, or small tree called Plaiurus spina-christi, built with a flat bottom composed of several planks but no actual keel. Planks and frames were lashed together using Halfah grass.

When initially discovered, the entire ship had been disassembled in the logical order in which it would have been built in the pit beside the pyramid. It was carefully reassembled over many years to ensure its reconstruction was as accurate as possible. The Khufu ship is housed in The Khufu Boat Museum that rests alongside the Great Pyramid on the second floor and is an impressive sight at 143 feet long and 19.5 feet wide.

The Khufu ship was believed to be the oldest example of mortise and tenon joints, but in December 2012 in Germany, archaeologists used tree-ring data to identify four ancient water wells as one of the world's oldest timber constructions. The research team, led by the University of Freiburg said that the wells excavated at the settlements of the first Central European agricultural civilization in the Greater Leipzig region are the oldest known timber constructions in the world, dating back to between 5,600 and 4,900 B.C. These timber wells used mortise and tenon joints to hold the wooden well walls together, making them older than the Khufu ship.

This remarkable joint has also been found in ancient furniture from archaeological sites in the Middle East, Europe, and Asia. Many instances were discovered in ruins of homes along with the Silk Road kingdom of Cadota, in traditional Chinese architecture such as beams, brackets, and roof frames where they were made to interlock so perfectly to fit that fasteners and glues were not needed. Additionally, the thirty sarsen stones of Stonehenge were dressed and fashioned with mortise and tenon joints before they were erected between 2,600 and 2,400 B.C.

How amazing it is to think that structures and furniture made in the Neolithic era remain to this very day?

Therefore, at Laurel Crown, we use the mortise and tenon joinery. Without a solid foundation, our favorite antiques would not be around today. When we call our furniture heirloom quality, we are committed to ensuring that each one is made with the tried and true master craftsmanship of the masters, ages past and present.

Carry on the traditions and beautiful history of your past, today, with your very own antique reproduction.