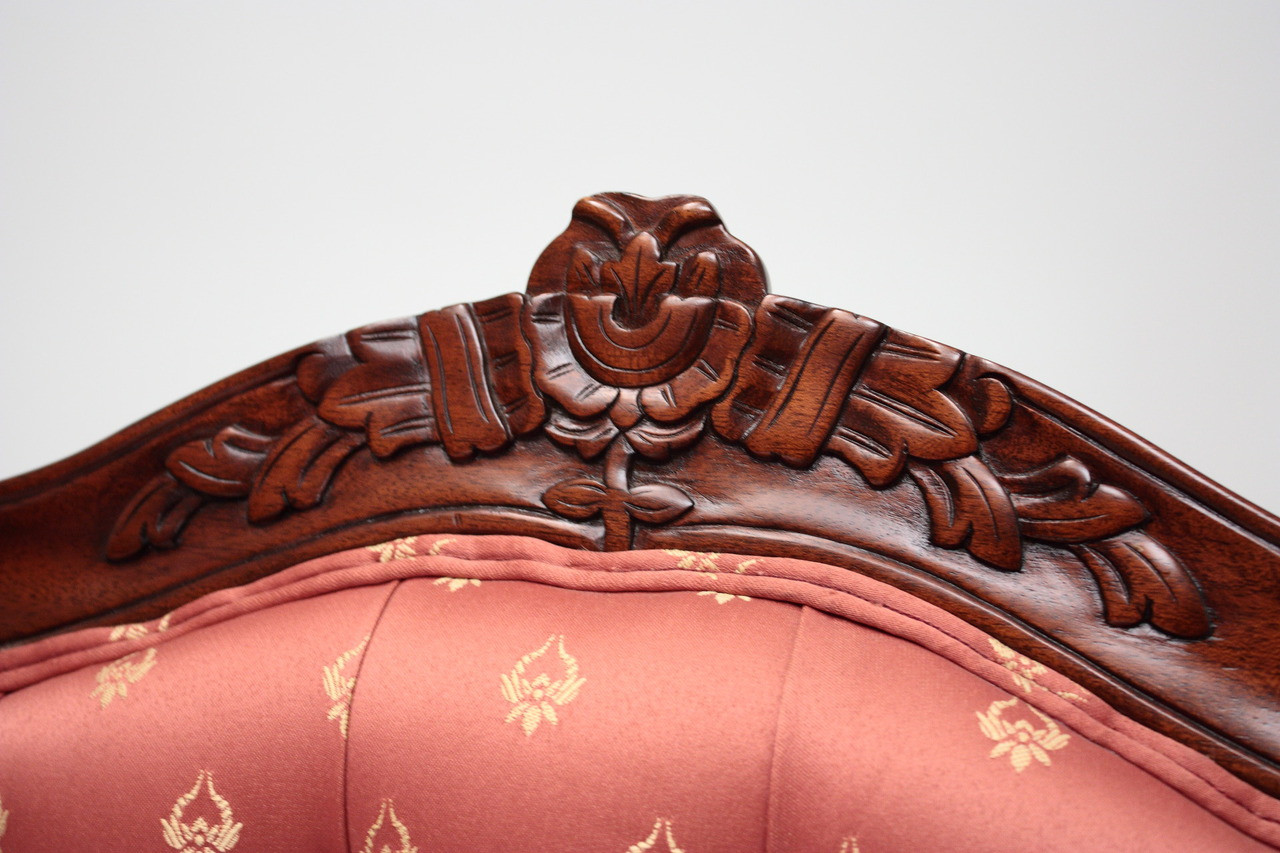 Some antiques have names so synonymous with beauty, grace, and elegance they've become near-legendary in collector circles. With good reason, as these famous antique furniture makers created furniture and furniture styles that not only lasted centuries, it can still be seen influencing modern furniture creation to this very day.

Each master at their craft created designs that are still sought after as well as admired today, antiques made by these names are truly treasures that are highly prized and simply gorgeous to behold. There are many reasons to admire the ideas, concepts and timeless pieces created by the antique masters of cabinetry, carpentry, and furniture making.

This English cabinetmaker and furniture designer's name is most associated with the unforgettable and graceful style of Neoclassicism, a movement he helped formulate in the decorative arts. Hepplewhite's life is relatively shrouded in mystery as little is known of his earlier years other than he opened a shop at one point and had created a chair that was looked upon favorably by the Prince of Wales. There is no other evidence to show that Hepplewhite was as fashionable a firm as other famous antique furniture makers below.

However, Hepplewhite's simplicity, elegance, and utility characterized his remarkable style. Chairs with straight tapered legs have shield, heart and oval-shaped backs, incorporation of urns, festoons, cornhusk chairs, and other typical neoclassical motifs were prominent in his works.

Many of his upholstered settees were of a serpentine form and window seats had delicately scrolled arms while bookcases with delicate tracery in the glass doors were also hallmarks of Hepplewhite style.

Josef Dannhauser was one of the most influential furniture designers during the period of furniture style called Biedermeier. He designed several flamboyant pieces from his factory in Vienna (from 1804) with up to 350 artisans producing his designs, sculptures and interior decorations. Josef made many important pieces of Empire furniture for the Austrian Imperial family and for the middle class he produced many in the Biedermeier style. Roughly, there are about 2,500 drawings in the Österreichisches Museum für Angewandte Kunst (the Museum of Applied Arts) as well as numerous printed catalogs featuring his furniture designs. Very few pieces survive that are signed, but the style and the designer have made their immortal mark in antique furniture design, one we are proud to reproduce right here.

John Cobb was born in the era of Chippendale. During that time, this English cabinetmakers' work was overshadowed by that of Chippendale himself.

Cobb was in partnership with William Vile, and their firm did become one of the most important among London's cabinetmakers. Vile created works with an Anglicized Rococo style while Cobb's furniture of the 1770s showcased the elegance of the Neoclassical style. This firm, up until 1785, supplied furniture to King George III of England, but after Vile retired Cobb ceased work for royalty.

One of the masterpieces of Cobb's style was superb marquetry, inlay featuring tropical woods, particularly satinwood, which was an important Cobb and Neoclassical feature in furniture. Cobb also employed black lacquer from Japan as it was a sought-after commodity during the 1700s.

The details of the very beginning of Thomas Chippendales' career are not exactly known. He was born in 1718 at Otley, a small settlement in West Yorkshire, England. He was the son of a carpenter.

He had an eye for business and was a self-publicist. Aware of self-image and the importance of self-promotion in business, this propelled him into creating the publication of the Gentleman and Cabinet-Maker's Director in 1754, a collection of the most popular English furnishing design templates. The book turned into one of the very fundamental books for furniture design.

Thomas often used West Indies Mahogany for his most exquisite designs as well as commissions. Although he occasionally worked in walnut, cherry and maple veneers, they were not very typical in the iconic Chippendale style.

Some of the most notable traits of the Chippendale style were the famous cabriole legs and the ornate leg styles:

Other features of Chippendales' work showcase the aberrations of handmade furniture. Everything Chippendale made was handmade and never machine created, meaning every single piece of his furniture was a little different than the others depending on the artisan. Other features include top railings on chairs in yoked shaped, intricately pierced and carved arms and side of chairs as well as shell motifs carried over from the Queen Anne period.

Sheraton was another English cabinetmaker who was one of the leading exponents of Neoclassicism. He gave his name to a style of furniture that displayed a gorgeous, feminine refinement reminiscent of the late Georgian styles and became one of the most powerful influences in furniture during the 18th century. His four-part Cabinetmaker and Upholster's Drawing Book greatly influenced both English and American design.

He was a brilliant cabinetmaker but also became known for being an inventor, artist, mystic, and a religious controversialist.

Some of the designs in his book ventured well into the Regency style and were at that time considered highly unconventional. Thomas Sheraton's style influence was embraced by furniture makers Duncan Phyfe and Samuel McIntire as well as John and Thomas Seymour becoming part of the American Federal style.

Furniture in the Sheraton style was deceptively simple but ultimately refined and stately despite lack of much ornamentation and featured notably lighter elements, such as thinner legs and appears visually lighter.

These famous antique furniture makers are those that have heavily inspired us over the years at Laurel Crown, where we have faithfully incorporated their handmade, never manufactured joinery techniques to create furniture that lasts. We create heirloom furniture that can become part of generations to come, can also create custom pieces, and only use the very same exceptional quality timbers these Master Cabinetmakers would have used a hundred years or more ago.

The fact that their sophisticated, stunning and beautiful designs remain so popular today is a testimony to their craftsmanship and artistry, one that we are proud and humbled to carry on with each piece we make.